New Moon on Nov 7, 2018 at 11:02 AM EST occurs in Vishaka Nakshatra at 21°04 Libra (sidereal Lahiri).  The stars Zuben Elgenubi & Zuben Eschamali are the stars associated with Vishaka Nakshatra that bridges the energy of Libra and Scorpio. The symbol is a decorated archway. In Vishaka we walk through a metaphorical gateway on the physical and spiritual levels. On the physical level it represents a new path of external discovery and achievement. On the spiritual level it represents crossing through a gateway to the deeper spiritual dimensions within ourselves.

The Moon’s debilitation in the beginning of Scorpio adds the attributes of the restlessness, dissatisfaction and turmoil from non-fulfillment in life. This often comes from not doing our Dharma. When we align our inner purpose with our outer purpose and do our Dharma under Vishaka, we are blessed with the Shakti Power to achieve many goals. The Zubens are the scale stars of Libra that are associated with social justice and reform, and typical of star pairs, there is a light side and a shadow side to the way one can go about attaining goals and dealing with frustrations along the way.  Saturn’s exaltation at the end of Libra gives Vishaka attributes of patience, determination, goal orientation and the persistence to not give up until success is achieved. The potter’s wheel is another symbol associated with Vishaka. The malleable clay is shaped by the potter’s hands; just as our life is shaped by the choices we make at the thresholds of change.

Vishaka is also the nakshatra of the spiritual warrior. The ruling deity is Indragni, a combination of Indra (King of the Gods, associated with lightening and the natural elements) and Agni (God of Fire, invoked in rituals to carry our messages to the Gods).

This New Moon sees retrograde Venus in the same house of Libra and it sees into the opposite house where Uranus is in Aries. Venus is associated with the senses and our desires. Retrogradation is an inward turning of our contemplative nature related to Venus. Uranus is a planet associated with major changes and awakenings of all kinds – spiritual and to new perspectives. The aspects of the New Moon asks us what do we desire? What makes us happy? What does happiness look like from within? What changes do we need to make to align with our Dharma? Where do we need to awaken? This New Moon is excellent for sowing the seeds internally to a deeper spiritual practice and externally as spiritual warriors at the gateway to new beginnings toward our dharmic goals of fulfillment. 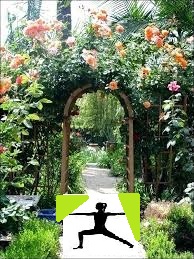 This lunation cycle culminates with the Full Moon on Nov 23, 2018 at 12:40 AM EST in Krittika Nakshatra at 6°45 Taurus (sidereal Lahiri). Both the New & Full Moon occur in Venus’s signs. Both Vishaka and Krittika have Agni, the Fire God, as their deity. (Vishaka’s deity is Indragni a combination of Indra and Agni.) It’s symbol is a knife or axe. The stars of Krittika are the Pleiades or Krittikas. These stars are known as the Seven Sisters in the west and the Seven Wives of the Seven Rishis in the east. The mythology of the Krittikas is that the demons were destroying the world and its creatures. The main demon Taraka had a boon where he could only be killed by a 7-day old child. So the gods approached Shiva for his seed, powerful enough to produce a child capable of defeating Taraka. But no ordinary womb could hold Shiva’s seed. So, the Krittikas nourished the seed of Shiva in their collective womb. Karttikeya was born on the 7th day and defeated the demon Taraka.

Thus, Krittika is a sharp & dreadful Nakshatra with a determined & tenacious energy that is good for times when taking a harsh action is necessary to overcome adversity of lower, egoic forces or fight for social causes. The purification of Krittika involves cutting away (knife or axe symbol) attachments, vices, and destructive tendencies of the lower egoic forces of the mind in order to nourish higher divine qualities. Smudging (burning sage) is a common example of a fire purification to rid negative energy and invoke a higher consciousness.

The New Moon asked us what would makes us happy, fulfilled as we passed through the gateway as spiritual warriors to do our dharma in the world. Now at the Full Moon, we are being asked what lower egoic forces do we have to purify to gain true fulfillment without attachment to results? What destructive tendencies that thwart our own goals do we have to combat within ourselves? The New Moon was about finding our path to fulfillment and embarking on our path to dharma like a spiritual warrior. The Full Moon is asking us to cut away or purify negative thoughts, patterns and habits that we’ve noticed are getting in our way.

The aspects of the Full Moon in Taurus can help us to do this. The Full Moon glances at the Sun, Jupiter and retrograde Mercury in the opposing house of Scorpio. All three of these planets are in Anuradha Nakshatra which translates to “the disciple of the divine spark.” Its Shakti Power is devotion and its primary motivation is Dharma. Retrograde Mercury asks us to re-think our approach and turn negative thinking around if things aren’t going well. Jupiter reminds us of the spiritual intention of our initial quest. The Sun’s light reflecting fully on the Moon reminds us that the divine spark is within us. Combined this reminds us to re-center our focus on our dharmic path. Additionally, Mars and Ketu glance upon the Full Moon. Mars in Aquarius by his 4th aspect to Taurus and Ketu in Capricorn by his 9th backwards glance to Taurus. Mars is in Shatibisha, the nakshatra associated with healing and Ketu is in Uttara Ashada associated with the power of victory and the attunement to the interrelationship between all things in creation. Therefore, by taking action toward healing and attunement to the connectivity of all things we can better direct our inner spiritual force toward self-realization and the fulfillment of our dharma.